When the climbing rope is your lifeline, every piece of apparatus alone should be intact to ensure that it serves to save your life. Many times, the thrill of adventure and high adrenaline makes us forget that however skilled we are at the task, our lives depend on certain equipment that must be used properly to work best for our safety.

You wouldn’t want to fall from a height just because your rope had kinks and spoiled portions you didn’t inspect before heading out.

You wouldn’t want to slip off a rock just because you failed to clip your rope in the right manner to the carabiner. No amount of climbing expertise and practiced professional movements will save you if an equipment failure results due to negligence.

Remember, no mountain is more important than your life. And you need your life for your next climbing adventure.

What is Back Clipping?

Back Clipping is when you clip the rope in an incorrect manner such that the end of your rope comes out of the carabiner in a direction towards the rock, while ideally, it should come out in the direction away from the rocks. This simple mistake by a lead climber could have drastic consequences and could ultimately be fatal.

Back Clipping is dangerous

If you fall while being clipped in the wrong manner, the rope would shift in the carabiner and could open its gate in the process, this unclipping of your rope would make you fall from a height without any protective equipment, it will be longer than an average fall from that rock because you’ll also fall the length of the rope you’re hanging from, your direction of fall would be away from the wall,

without anything to hold on to, because your quickdraws are unclipped, your hold on to the rope is lost in the air!

Even well trained and godly expect climbers can commit this mistake absentmindedly. That’s why it is important to be calm and alert on the ascend. Every step is important, every step is a mountain you conquer.

How to fix a Back Clip

In ideal circumstances, the lead climbing rope should run straight in a line when it is clipped to the lower carabiner and while it goes down to the belayer. In case there are any twists in the rope or in the quickdraws attached to the rope, it could create difficulties. A back clip could make your rope unclip from the quickdraw and there could be a long and deadly crash.

We have listed for you a few techniques to correct the position of your rope on the climb if it has been back clipped.

If you put a second quickdraw in place, behind the first one, and then remove the faulty quickdraw that is twisting the rope to create a back clip, you subtract the creation of extra slack and remain clipped at all times. If you are situated in a portion of the climb that is already hard and making a tougher move could increase the risk of falling, this method is a life boon.

The top carabiner is unclipped from the bolt and then the biner is rotated and the rope is drawn so that it runs through it properly. The bolt is then clipped again. This method needs an acute presence of mind and accurate visual analysis so that the biner is rotated in the right direction and you don’t stand confused at a rocky edge.

While you rotate the top carabiner, the rope stays clipped in the bottom carabiner and no extra slack is passed down to your belayer.

We advise you to try this method only when you hold a strong and firm footing on the wall. You should be safe when you secure your guards, so use this method on the less tough climbs.

We do not advise you to use this method on your climb, but nevertheless it is the most commonly used method to fix back clips. In this method, you struggle to unclip the rope from your bottom carabiner, then your belayer has to take care of all the extra slack you throw at their side. Imagine you are standing on a tricky rock portion doing this, and your belayer has to stressfully secure all your extra slack so that you don’t undertake a long fall if you accidentally throw yourself while fixing the back clip.

Your belayer has to again pass you all the slack and then you reclip the bottom carabiner while struggling for the second time. You could also fall short of rope at the time your belayer is passing back the slack to you, that would mean, you spend a long time fixing the back clip and you could fall harder while just fixing it.

That’s why, please use the first two methods and stay safe! When you practice enough to clip your rope properly, the number of times you commit one mistake definitely falls down. Read on to the right clipping techniques.

There are a variety of clipping methods to avoid making mistakes. With practice, these learned and mastered manners could refine the way you ascend. There are four different circumstances related to clipping that you will encounter on the wall. The quickdraw’s gate can face two different ways and your attention needs to be at the one that is safe.

On the same side

Use the left hand when the gate faces left.

Use the right hand when the gate faces right.

Reach downward and hold the rope between your thumb and index finger with a pinching action. Your index finger should be pointing downwards.

Before you clip, pull the rope upwards and unclench your grasp on it so that it is loosely draped around your pointing index finger.

Now position the rope in the front of the gate by opening your hand wide and wrapping your thumb around the stem of the carabiner.

After this, you lightly push the rope into the right gate of the carabiner by using your pointed index finger and getting a little extra push from your thumb.

On the opposite side

Use your left hand on the right-facing gate.

Use your right hand on the left facing gate.

Reach downwards and hold the rope between your thumb and index finger with a pinching action. This can be done inside or outside the hand.

After this, pull the rope upward toward yourself, and at the time you get close to the carabiner, take out your middle finger and position it in the bottom carabiner. Your middle finger has to be used to keep the draw in place as you do a flicking action with your wrist and push the rope through the gate to the other side with the help of your thumb. Remove your hand after making this move.

Correctly clipping your quickdraw to the bolt hanger

Lead climbers have two steps to follow while ensuring their safety during the climb.

Clipping the quickdraw to the bolt hanger.

Clipping the rope to the quickdraw.

These steps should be done quickly and with precision so that you stay safe and don’t get stuck in one portion of your tread.

To clip a quickdraw to a bolt hanger is a simple process.

Your feet should be stable and placed firmly on the rock so that your hands are free to function and set the equipment. The position of the bolt should ideally be located between your head and your waist. Lower than that, more amount of slack will have to be used and there’ll be an increased probability of a longer fall.

Use your thumb and forefinger to open the gate of the carabiner and clip it firmly to the hanger of the bolt.

There shouldn’t be any contacting protrusion in the rock that could force your gate open during a movement. Assess every aspect before making your next move.

Correctly clipping your rope to the quickdraw

Look that your quickdraw is hanging naturally and take care that it doesn’t get twisted by the movements of your rope.

Your rope should run in the right manner through the spine of your carabiner. If your rope is running in a faulty manner, your carabiner could come unclipped and its strength could be reduced by quite an amount.

You should always ensure that your carabiner is closed. Of course, your rope can slip out if it is open. Closed carabiners also have more strength than open ones.

Take care to not position your quickdraws on the rocks whose vibrations could lead to the opening of the carabiner gate. A rock’s outfall could also result in a smashing opening of the gate.

Climbers make this common mistake. A quickdraw should be firmly fixed to a protection before a rope is passed through. Your protection could be a bolt-on the treading route or the wire attached to your nut or camming device. Make sure that your quickdraw is hanging naturally, so your rope does not twist while running through it.

Tips to make sure your clipping is accurate

Take these lessons with you on your next ascend and remember to always stay safe. 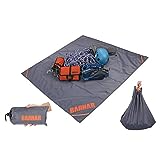 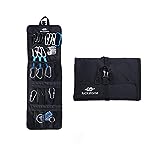 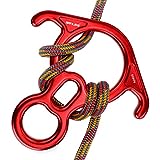 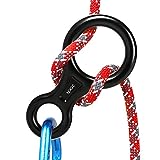 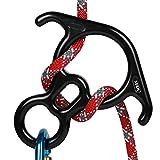